Take a look at the back of this truck. What do you notice? 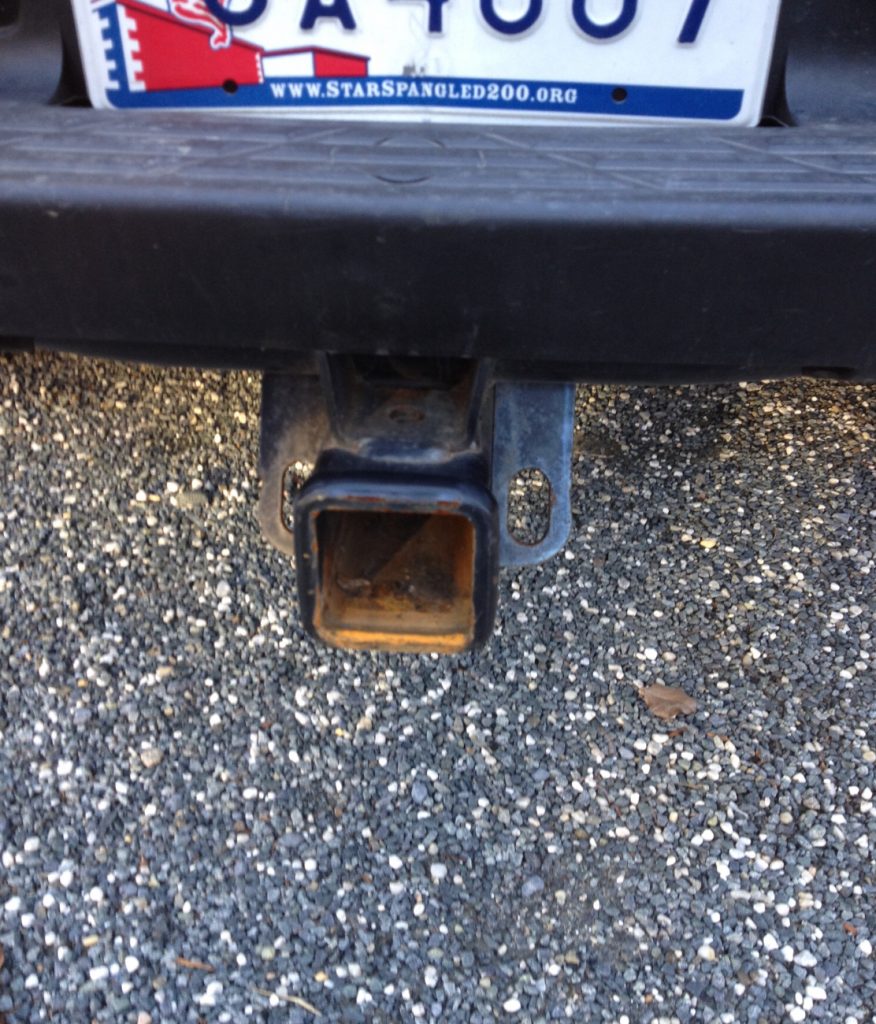 (Or more specifically, what don’t you notice?)

This is exactly what I saw the day when I came out of my hotel room during a Spring Training trip.

I went to connect the shell trailer to the truck—no hitch.

Some time during the night some person decided that he (or she) needed our trailer hitch more than I did.

Shell trailer hitches are one of those items—like car insurance—that you don’t greatly appreciate until you really need it.

And then when you need it to be ready to go, and it is not—whammo.

The process of replacing the hitch was pretty quick:

Seventy-five dollars later I was ready to go, just like this …

What was interesting about this process were the stories that the salesmen at the marina (where I bought the new hitch) told me about others who had lost their hitches.

There was the fellow who was towing a large sailboat and had parked it in his driveway. He started out in the morning and got about 1/4 mile down the road when he realized that the sailboat was still in his driveway. Someone had made off with the ball of his hitch, but had jacked up the trailer, removed it, and then replaced the trailer so it looked like it was still there (he said he blamed his ex-wife).

Then there was the fellow who drove off with this power boat in tow, only to see it take a right turn as he turned left, and then see it crash into several parked cars, causing thousands of dollars in damage. The thief had removed the pin holding the hitch in place so that it would slide out as he drove away. 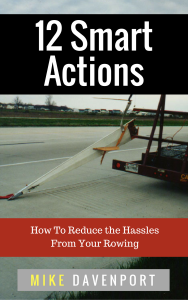 And there was the gal who had her hitch stolen as she was in the process of towing all of her belongings across country, making a move for a new job. This happened at a rest area on I-95, late one night, when she stopped for a rest break.

Morale of the story…

It appears that more often than you might think shell trailer hitches are removed from vehicles by other than their rightful owners.

So if you are towing rowing-equipment (or any trailers) and have a removable hitch I suggest that you:

There certainly are other important considerations concerning a shell trailer hitch, but this is one most people don’t think about until it is too late.

A shell trailer hitch is one of the most overlooked pieces of rowing-equipment. When you need it, you want it to be ready to get you where you need to be. Take extra steps to make it so…