Too often people struggle with their rowing equipment, so I created a roadmap that helps them maximize their equipment for confident, reliable performance. – Mike

Who is this Mike Davenport guy, anyway? 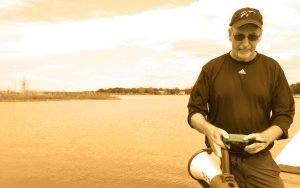 Mike went on to become a collegiate coach for 35 years. He was named Mid-Atlantic Rowing Conference (MARC) Coach of the Year in 2013, again for the second time in 2015, and for a third time in 2016. He was also named the National Coach of the Year for Division III by the College Rowing Coaches Association and served as Washington College’s compliance coordinator, as well as Lecturer for a variety of courses.

Mike was part of the U.S. National Rowing Team for two years, as assistant coach to the US Pre-Elite Heavyweight team. He spent the summer of 1991 in Cuba as a team leader for the US Pan American rowing team, and then moved on to be boatman for the 1992-1995 U.S. World Championship teams as well as for the 1996 Olympic Team, who competed in Atlanta, GA. 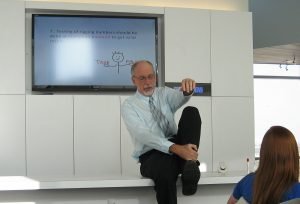 Mike has authored numerous books on rowing and coaching and is a regular speaker at coaching conferences, workshops, and conventions. He was also an educational consultant for USRowing for a number of years.

Today Mike enjoys teaching busy rowers, distracted coaches, and hassled coxswains about rowing and rigging so they can get the most out of their rowing equipment – and spend more time enjoying themselves on the water. He currently works for Amazon in a variety of roles.

As an expert consultant, author, and professional speaker, Mike spreads the word about simple and creative ways people can use physical and mental tools or resources to maximize their performance, be faster on the water, save more money, and reduce the stress and strain of dealing with rowing equipment.

In what some call the most equipment-intensive sport there is today, Mike shows rowing athletes and coaches of all levels, from beginner to expert, how to thrive – and he thrives on every moment they say, “Thank you. That helped.”

About Mike: Interviews and Press

On the pages and posts on this site, I may on occasion link to a product on Amazon. As an Amazon Associate I earn from qualifying purchases. This is at no extra cost to you, but it does help keep the lights on so I can keep bringing you great tips! I really appreciate your support in this way. Thank you.